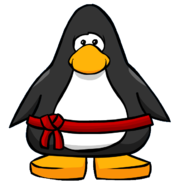 In this post we’ll continue with the first level from the Lieutenant set of challenges from Certified Secure Binary Mastery. More buffer overflows on the horizon, but now a new protection mechanism is introduced: the non-executable (NX) bit. The method we’ll need to use here is called is called ret2libc (return to libc) and allows us go around the fact that the stack is not executable.

In the previous levels we exploited similar stack-based buffer overflows by overwriting past the buffer limits, until we reached the saved return address, where we wrote an address we controlled. We placed the shellcode either in the buffer itself or in environment variables, which both ended up on the stack. Now because the stack is NOT executable, the program would just crash. So we need a way to get past this. One known trick is to return insted to the function system() from the standard libc library, which accepts an argument to execute.

To review the previous levels, check the links below:

If you want to know more about the techniques to bypass the NX bit, make usre to check the following great resources:

Let’s connect to the server and check the binary we’re dealing with:

Let’s see if we have any mitigation techniques using checksec.sh, downloaded and run locally:

There is no stack canary but the stack is not executable. What about the state of ASLR on the system? Good news this time: there is no ASLR, everything is static:

It’s very easy to understand how the program works and the buffer overflow is obvious. The call to read function in [1] accepts the number of bytes to be read from the user, without any validation. Input is written into the buf buffer which is only 12 bytes. Simple!

The second issue is of course the absence of a stack cookie which, in this case, would have caused the program to crash, preventing the exploitation.

The third issue, which is a general one, is that the application has the setuid flag set and it executes actions based on user input (which could be malicious) with elevated privileges. A better design would be to drop the privileges before getting input from an untrusted source. There are ways around this as well, but it would raise the bar a little for the attackers.

The idea is to redirect the execution flow to the address of the system function and somehow give it a meaningful parameter to execute. Let’s go step by step.

Although we know that buf is 12 bytes in size, we need to see the stack layout of the function hello in order to understand exactly how many bytes we need to overwrite to get to the saved return address on the stack.

So we need 20 + 4 bytes of padding in the buffer before we’ll reach the saved return address. Let’s see first if we can reliably control the return address: 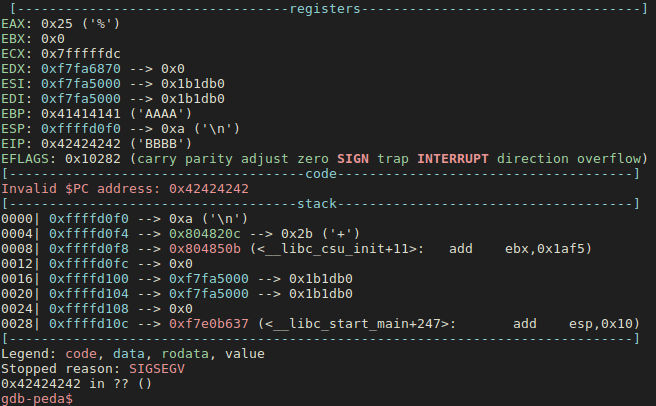 After we gain control of the EIP, we want to return to the system function as discussed. I chose to execute the /home/level2/victory binary, but we could as well spawn a new shell. So the payload will look like this:

If it’s not clear why, go back to the articles referened in the beginning. The last parameter is important. We need to place there the argument to the system call. According to its man page this should be the address of a string in memory representing the command to execute.

Since there is no ASLR, we can use the same trick as before and place the command to be executed in an environment variable:

The complete script to generate the payload looks like this:

That’s it for now! In the next post we’ll discuss another class of vulnerabilities involving a more subtle error which is usually more difficult to spot - integer signess errors.