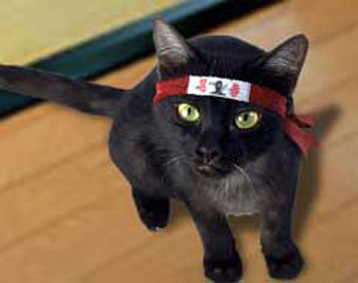 Last week I’ve been to the 5th SecTalks London meetup and I’m proud to say I’ve learnt something that evening and wanted to say Thank you to the creator of the night’s challenge - @leigh. I’ll definitely be going again.

Below is a write-up of my solution. Hopefully by now the details of the challenge are made public so if people are still working on this I won’t spoil anyone’s fun by publishing this.

The challenge is Christmas themed and starts at the North Pole: 178.62.xx.xx/1.html

While taking a well earned break at the Pole Star Tavern, you overhear a couple of the local elves talking about some of the security improvements they've made to Santa's distribution infrastructure this year. Of particular interest to you is the digitisation of the naughty and nice lists, you know you haven't exactly been on your best behaviour this year, perhaps there is something you can do about that.

You snap out of your daydream to find them picking up the papers they've been glossing over and making for the door. One of them drops something. When nobody is looking you head over and pick it up. It's a Christmas card with some writing on the front. The writing looks like it's in some sort of code:

There must be some more clues on the card! 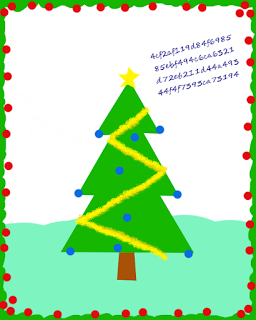 The hint for this stage for “Simple stego”. I’ve first opened the image in Gimp and noticed there was an alpha channel. Unfortunately nothing really obvious here. Then I thought about varying colour intensity, a method used to enhance black and white images.

In Gimp it is quite easy to vary the threshold: Colours -> Threshold. And TA DA ! 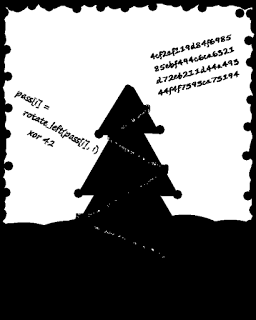 We have some pseudo-code right here. Basically every character of the password was rotated left by its position and then XOR-ed with 42. So to get the initial password we need to apply the reverse operations: XOR then ROR (rotate right!):

Running this script we get the credentials for the next stage, accessible at 178.62.xx.xx: flag{user:elf2207,pass:snow***}

Nothing interesting after logging in, just 2 list of names randomly changing:

After URL-decoding it, we get a nice Base64 string: ccYKPh4W+AEcJGLVIbhReh3q3cRXEARRll0DKGEkdNf+sWA=

Nothing obvious straight-away. But it becomes interesting if we corrupt the base64 data by removing 2 characters from the end for example. There is an error message displayed:

Probably we removed the last letter ‘e’ from the encrypted version of the cookie, that’s why the error. By comparing the lengths of the decoded base64 and error message, we see they are the same. So the guess is that the session data is encrypted with a sort of one-time-pad. By now you already know what’s coming next

I’ve XOR-ed the decoded data with the plain-text message to get the key, then used the key to encrypt a new session data, containing the the value true for the is_admin property.

After poking around for a while you realise that the system is fundamentally broken, and even admins cannot edit the naughty and nice lists! Determined to exploit the system you press on, and discover that the elf has SSH access to the system, with the credentials “elf2207” and the password “snow***”’

Before exploiting anything we need to understand some concepts. The machine is a Debian 8 system:

Nginx web server is running, and by looking in the configuration files we see that it will pass FastCGI requests through a pipe, which will be executed by php-fm.

Going back to the login message, I remembered there was something about /home/webuser directory:

Unfortunately we don’t have read permissions to that folder:

But someone else has - php-fm. To understand a bit more what’s happening, Nginx is sending requests to the socket file defined in sites-available configuration file and php-fpm is picking them up and executing them:

The configuration file for php-fm is readable at /usr/local/etc/php-fpm.d/www.conf. Remember the Message of the Day mentioned a poorly configured system. The culprit is actually in the insecure permissions for the socket used by nginx to send commands to php-fm:

This makes the socket world writeable! In fact it should be readable/writeable only by the nginx user. So we can actually send commands to php-fm ourselves, that is if we first find out how to communicate with it.

There are a few minor obstacles here, like not being able to compile stuff on the box (missing GCC) or install apps (no sudo, obviously:) but I’ll let you figure out how to overcome them. It shouldn’t be too difficult.

Communicate with PHP FastCGI from ruby