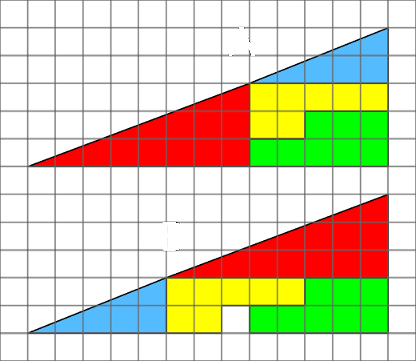 I’ve always liked puzzles a lot, technical or not, but for some reasons never quite fully enjoyed them during interviews. I’ve seen that a lot of people actually are in this same situation. In this post I’m questioning the usefulness of such techniques in the interview process, not their purpose in general.

First thing when approaching an interview like this might be to think that preparation is the key. Fortunately there’s no shortage of resources to study in advance. A quick search for related terms comes up with several tens millions of results:

It almost looks like a whole industry has developed around answering technical interview questions. Titles like “15 Mind-Bending Interview Questions”, “7 Interview Brain Teasers You Could Be Asked” are guaranteed to attract the competitive side of technical people, however, let’s ask ourselves a few questions:

I’ve heard from people with strong software development experience, that they prepare continuously for days before technical interviews by reviewing algorithms and tricky problems. A very similar problem exist in the related areas of security engineering/security research.

If we think about it, there is a good reason why an engineer needs to study these resources before an interview: because they are not part of the day-to-day job. We usually don’t have to solve the “100 Coins logic problem”, or the “Burning rope problem” or even do insane Big-Oh optimisations.

Back in the days (actually only a few years ago) puzzles, brainteasers and other similar challenges were very popular among big companies. This issue has been discussed a lot in the past, there is a great article in The New Yorker which captures the main points. Now even Google, famously known for its very hard logic puzzles, has banned the practice of brain teasers interview questions (Luckily it’s been a long while since I had this type of interview, incidentally with Google).

As noted in the article above, the main problem is decontextualization. Basically “instead of determining how someone will perform on relevant tasks, the interviewer measures how the candidate will handle a brainteaser during an interview, and not much more” (emphasis added).

Here are two possible solutions extracted from the article:

Some companies now use a mixed approach, where an experienced technical interviewer will walk the candidate through a technical scenario. At each step he can actually gauge the interviewee actions from a technical and behavioural perspective. I would argue that this is the way to go. Switching a bit from engineering to security research and incident investigation, the approach actually fits perfectly. For example, possible general questions include:

Branching from these questions, you can go a level up to policy related questions or down to more technical bits if needed. The are countless possibilities and variations and it mostly depends on the experience of the interviewer to steer the discussion in the right way. Also he has a lot of opportunities to sniff the STE. As a friend is saying, you basically want to know if the candidate can get the job done, not if he knows all the flags from the TCP header or a specific syscall number.

P.S. 1: Of course someone can argue that a determined candidate might as well prepare in advance answers for these questions, the same way he would do for traditional logic problems/puzzles/brain teasers. Nevertheless, this is one level above that because the interviewer can change the scenario at any moment.

P.S. 2: The puzzle in the logo of this post was invented by a New York City amateur magician, Paul Curry, in 1953. If you haven’t already, try to solve it.

« [CTF] Why So Fancy? The Technical Interview part 2 »