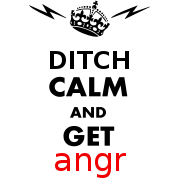 Recently I have found out about the angr framework for binary analysis. According to the official website its capabilities are very exciting: symbolic execution, automatic ROP chain building, automatic exploit generation. But what impressed me even more was the amount of documentation available, both for installing and getting started with real projects. It looks like a lot of work has been put into this project. The people behind it are security researchers from Computer Security Lab at UC Santa Barbara with a long tradition of winning CTFs.

I decided I need to learn how to use it. Because most of the examples available out there deal with various CTF challenges, which are not exactly the most approachable problems, I chose a challange a bit more difficult than the one in the official docs (fauxware) but not exaclty DEFCON material.

Don’t get discouraged by the apparent steep learning curve. The book covers everything to get going.

The installation procedure covers mostly everything. I will mention only a few bits and workarounds I needed on my Ubuntu 16.04 box. To avoid messing up with your system’s libraries, the authors highly recommend a python virtual environment to install and use angr. This will be an isolated Python work environment, complete with an interpreter and site-packages directory. Very useful.

Enough talking. Let’s see angr in action. The test subject for today is a simple crackme exercise, which expects a 6 characters password. Going beyond the simple strcmp in the fauxware, now we have a routine that derives a password from our input and compares that with a hard-coded value. A sort of dumb hash if you want, but will force us to not limit ourselves to the fauxware example. Source code is below:

Spend a few minutes by yourself and try to work out what the expected flag is. Notice that even with source code in front of us, it’s still we still need to do a bit of manual analysis to get the flag.

Of course there are other approaches to solve this crackme, like just patching the binary for example. Or work out what is the expected password by reversing the hashing procedure. For my current purpose I’ll execute it with symbolic variables. In this case where the binary takes the password from standard input, and stdin will be treated as a stream of symbolic data, for which we will be able to impose various constraints and solve problems based on it. All this is controlled through the SimulationManager.

The solver takes about 10 minutes for a 6-characters password. It could probably be improved by adding more constraints, but it’s out of scope for now.

I believe angr is very useful to know framework, especially if you’re not doing CTFs. If you are, you probably know more about it and use it already but if you don’t, then you’re missing out on a cool tool.